Data can be many things, but one of the most common formats is a data frame, a kind of spreadsheet of rows and columns. We’ll work with the data frame Births_2014, which is based on data published by the US Centers for Disease Control. Births_2014 has 100,000 rows. Each row reports a live birth in the US in 2014. There are dozens of variables, a few of which are shown below.

It’s hard to draw much of a conclusion by looking directly at a large data frame. But a graphical display of data can help.

A point plot1 is a basic statistical graphic that displays two variables from a data frame. One variable is represented on the vertical axis, another variable on the horizontal axis. Like the following point plot of the baby’s weight (in grams) and the length (in weeks) of the pregnancy (gestation). 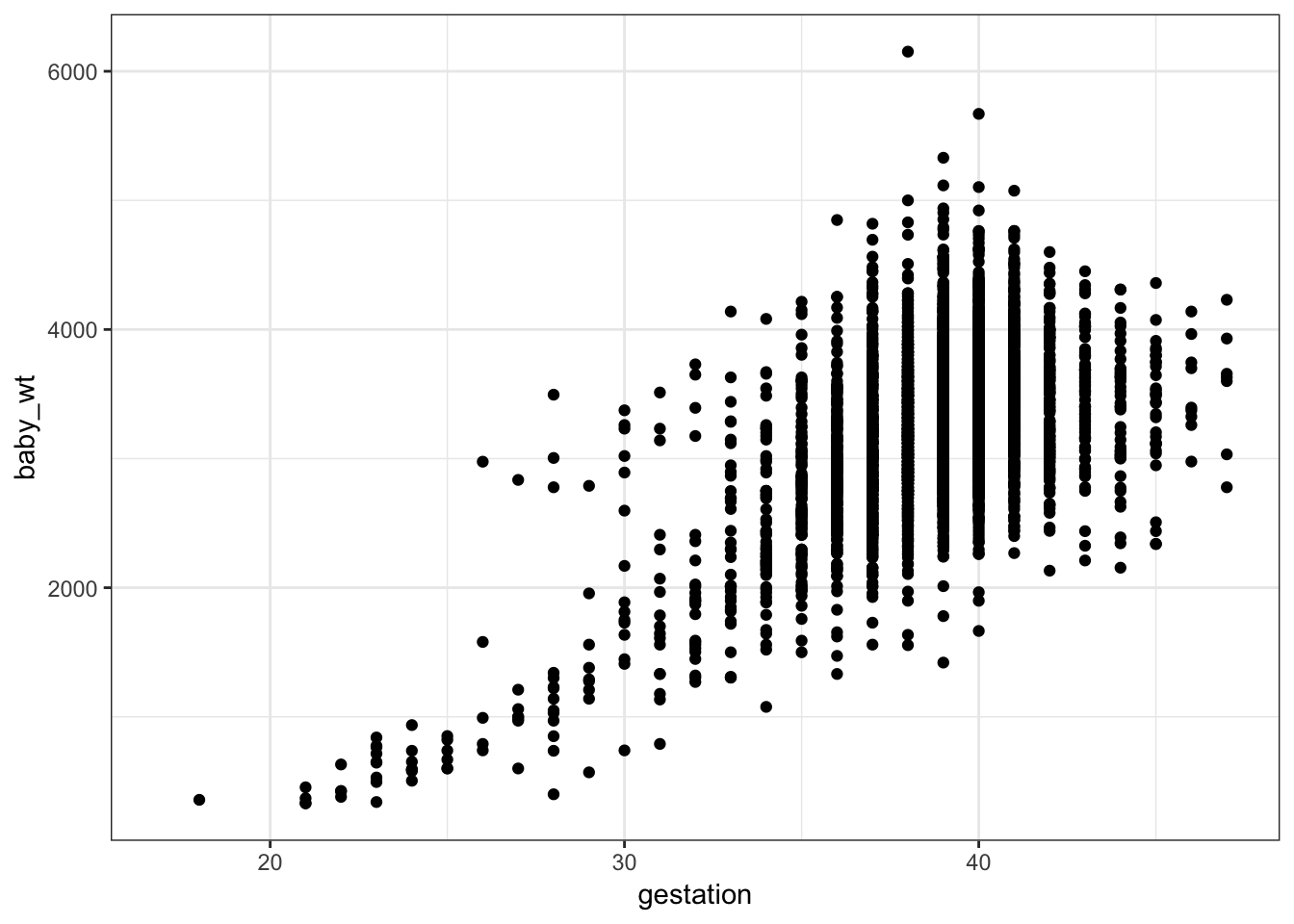 Referring to the graph in the previous section …